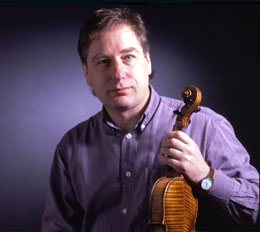 Edinburgh-born and based fiddler, member of Jock Tamson’s Bairns and Bella McNab’s Dance Band. Derek was the co-founder of the rareTunes archive.

An obituary for Derek is reproduced at the foot of this page.

The following Mp3 recordings are from a cassette tape made by Ditte Andersson at Derek’s house in Edinburgh in Autumn 1983.

With Tony Cuffe, guitar. Recorded by Stuart Eydmann at a house ceilidh, Edinburgh. 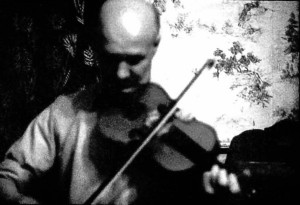 Composed by Willie Johnson of Edinburgh Shetland Fiddlers (above).

The Marquis of Tullibardine

Not a swan on the lake

From an noisy house ceilidh, Edinburgh, with Stuart Eydmann and others. 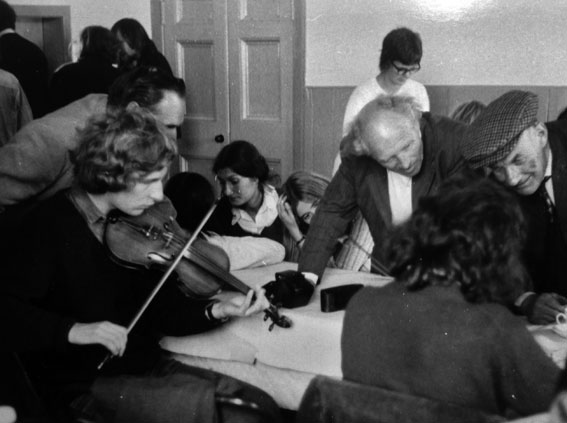 With Stuart Eydmann (fiddle) and Tony Cuffe (guitar). This tunes was composed by Stuart for Derek’s 40th birthday. Recorded at a house session, Edinburgh.

With Stuart Eydmann (fiddle), Tony Cuffe (guitar) and others. Recorded at a house session, Edinburgh.

An thou were my ain thing 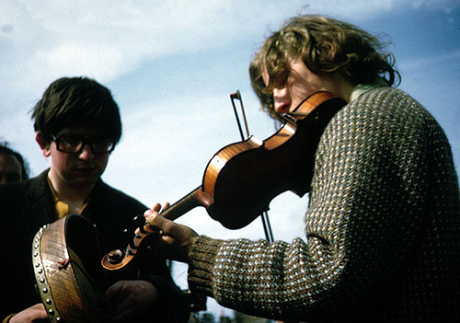 An obituary by Jim Gilchrist was published in The Scotsman of 16 November 2012:

Derek Hoy balanced a public life as a fiddle player with the near-legendary Jock Tamson’s Bairns and other folk bands with a far lesser known but immensely far-reaching career as an innovator in the field of information and communications technology in health care. In his own words, he “escaped an early brush with architecture”, going on to become a nurse, nursing tutor then pioneer in the field of health informatics, an unflappable, dry-witted presence, as at ease in a ceilidh as in an international conference.

One of four children, Hoy was born and raised in Edinburgh and went to Daniel Stewart’s School, where early musical leanings saw him standing in as the school pipe band’s drum major. He also learned cello but, according to family lore, one day picked up his grandfather’s fiddle and that was that.

His growing interest in traditional music was intermingled with an appetite for Captain Beefheart and Frank Zappa, while his older brother David, already playing drums in a band, taught him basic guitar. After graduating in architecture from Edinburgh University, he took a post-grad nursing degree course, following that with an MSc in education and working as an intensive care nursing tutor. He was fascinated by the advent of internet technology and, seeing its applications elsewhere, realised its potential within health care. A scholarship took him to the United States in the early 1980s to study information systems and establish enduring professional connections and friendships.

Hoy’s vision was frequently 20 years ahead of his time – “at the bleeding cutting edge” of health informatics, as one colleague put it. Behind quirky acronyms, his innovations provided very real benefits. For instance, Agnis (A Generic Nursing Information System), named with characteristic wit after one of his bosses, was used widely in a number of countries as an educational tool for nursing students. Aliss (Access to Local Information to Support Selfmanagement) is making a very real impact on the lives of people with long-term health conditions. International projects included Telenurse, providing informatics infrastructure for nurses across Europe, and WiseCare, uniting computer specialists and clinical experts in the care of cancer patients. One collaborator, Peter Ashe of NHS National Services Scotland, remembers Hoy as “a maker as well as a visionary. He built the systems at the heart of all these innovations.” He worked variously with the National Health Service in Scotland and with the Scottish Government, then spent several years as a senior researcher with Glasgow Caledonian University. In 2009, with Professor Nick Hardiker of Salford University, he formed Snowcloud, continuing his visionary work and collaborating with colleagues in Scotland, the Netherlands and Switzerland (a suggested alternative company title was MIP – Men In Pyjamas, reflecting frequent Skype conversations at all hours).

Hardiker agrees that few people understood exactly what Hoy did outwith his fiddler’s chair, but, he says, “Derek quietly made an enormous contribution to the field of health informatics, in Scotland and internationally.” Hardiker acknowledges Hoy’s ability to use mind maps and other paper-and-pencil sketches to put over complicated ideas: “I have yet to meet anyone who matches Derek’s ability to make really complex things so easy to understand.”

Among online tributes from across the globe, one lamented the passing of “his out-of-the-box thinking, quick wit and love of good single malt”. And malt as much as music helped oil the development of healthcare informatics. A seminar might end with Hoy producing his fiddle, while many Edinburgh meetings were held in the Scotch Malt Whisky Society – where, he blogged, he found his newly arrived iPad useful as a tray. “But it’s just the 16GB wfi model,” he reported, “so only holds four drams at a time.”

Hoy’s progress in health care computing was paralleled by his commitment to traditional music, with early groups during the 1970s, including Wee Willum and Chorda. There was also the short-lived Harry and the Helmets, for whom Hoy advertised for a girl singer. A girl did indeed apply, failed the audition but evidently made an impression as Derek and Christine married in 1977.

Largely self-taught in the days before summer schools and workshops, he developed a very personal and versatile style and a formidable repertoire, honed in the informal conservatoire of Sandy Bell’s bar, as well as visits to the Glasgow-Donegal fiddler Jimmy McHugh and playing with the Edinburgh Highland Reel and Strathspey Society and the Edinburgh Shetland fiddlers. At the beginning of the 1980s, he joined the ranks of Jock Tamson’s Bairns, playing on their second album, The Lasses Fashion, as the band established a reputation for an authentic yet individualistic approach to Scottish music that lasted long after they dispersed in 1983. They reconvened, to widespread delight, in the late 1990s, recording two more albums. Known to his fellow musicians by his school nickname of “Happy”, supposedly due to his long face, Hoy played in radio and stage productions with broadcaster Billy Kay, including Fergusson’s Auld Reekie, and also in the music-theatre productions of Mike Maran, including the Neil Gunn-inspired Atom of Delight, from which Hoy’s winsome title tune has taken on a life of its own. He was also a stalwart of Bella McNab’s Dance Band and a long-standing teacher with the Adult Learning Project, now the Scots Music Group.His colleague in the Bairns, singer Rod Paterson, regards Hoy as a one-off: “With Happy, every time his bow went near the strings, you got what kind of man he was.” Another Bairns member, John Croall, recalls a memorable millennium gig at Disneyland Florida, where they were the only adults unaccompanied by children, “so Happy suggested we go watch the banjo playing bears – we thought they were very good and showed potential”.

Hoy used his IT skills to set up the online audio archive RareTunes, in collaboration with friend and fellow-musician Stuart Eydmann, and also set up websites for the Scots Music Group.

The Hoys’ Portobello home was a hospitable one, hosting many a ceilidh and house concert. Derek took immense pride in the achievements of his immediate and extended family, not least his two daughters, Jenny and Sarah, both musicians and teachers. His father-in-law is former athlete and And, of course, Derek followed with immense pride the exploits of his fast pedalling nephew, Sir Chris Hoy. While feeling the first effects of what would be diagnosed as an aggressive brain tumour, he was with the ecstatic family in London to witness Chris’s historic triumph on 7 August. His brother David, Chris’s father, recalls: “My last proper and happy memory of Derek is of him standing with a glass of champagne in his hand at around midnight, after Chris won his sixth Olympic gold in the keirin. He had a broad smile on his face, a tear in both eyes and, as we hugged, he just kept saying, ‘What a wonderful day.’”

He died peacefully, at home, nursed by his family and their support, reflecting the care which he gave his parents during their last days, and which he extended to countless others through his work. By tragic coincidence, his fellow Bairns fiddler, Ian Hardie, had succumbed to a brain tumour a month earlier. From this writer’s point of view, that of a near-neighbour and friend, Hogmanays can never be quite the same. Derek was inevitably the last man to leave our house, in the small hours of the new year, when there would be a ritual dram and he’d give us a last, sweet air on his fiddle. He leaves a rare note indeed, still hanging in the air. 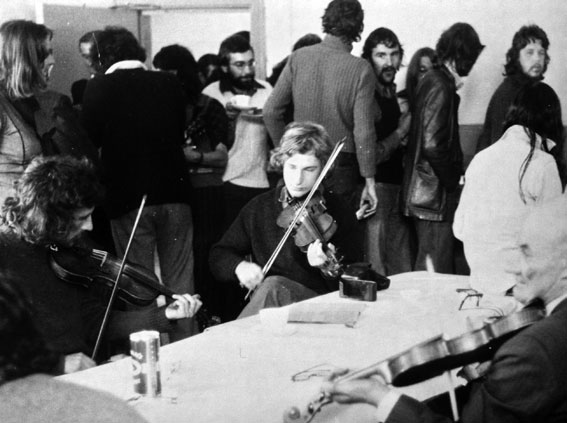