Willie and Frank were active members of the Glasgow Hammer Dulcimer Society in the 1980s.

Rutherglen born Frank took up the dulcimer at 15 and played in a local dance band. He later bought an antique dulcimer in a Glasgow market and used it to teach his younger brother Willie. 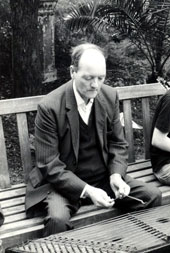 From Rutherglen. Younger brother of Frank who was his teacher. While visiting a house in Cambuslang that was awaiting demolition he once found a large custome-made dulcimer built into a bay window. He salvaged the instrument and restored and played it with his brother.

Welcome to our new followers.

RareTunes was started in 2006 by volunteers Stuart Eydmann and the late Derek Hoy who saw the need for such an archive and wished to demonstrate its potential. It remains an independent, not for profit project undertaken without external funding. This version was launched in Spring 2016.

Our recordings are archived on the Internet Archive. For more information visit the FAQ page.