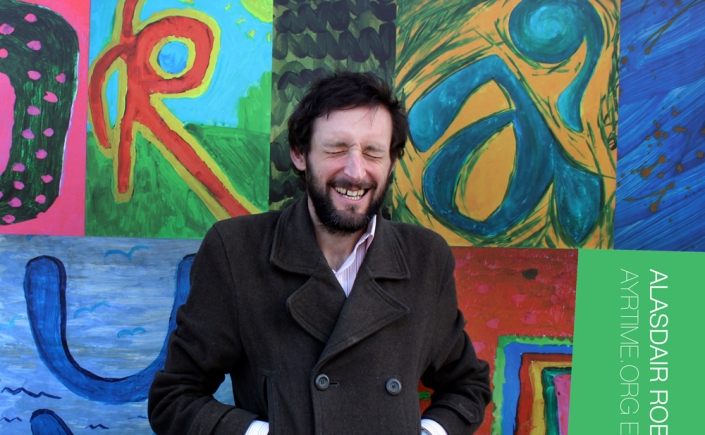 Produced by Chris Dooks in Alloway on 2nd April 2010

All songs trad arr. Roberts, except:
The Calfess Cow – A. Roberts, copyright control.

The Calfless Cow is, melodically, partly based on the traditional night visiting song “I Must Away, Love” and originally appeared on the Drag City record The Amber Gatherers.

Lord Ronald is from the singing of RD Laing and originally appeared on the Drag City record No Earthly Man.

Babylon (or The Bonnie Banks O The Airdrie) is from the singing of the late Stanley Robertson and is previously unreleased.

Little Sir Hugh appears, in a full-band version, on the forthcoming Drag City LP Too Long In This Condition.

Recorded in single takes with a Rode NT3 and Behringer desk / MacBook ProThanks to The University of The West of Scotland and staff at Bar Libertine, Ayr

PLEASE FEEL FREE TO DISTRIBUTE THIS DIGITAL E.P. by sharing this link on Archive.org or the following : http://www.ayrtime.org/roberts.html

Uploaded to the Internet Archive by Bovine Life