This band was formed after Christine Martin met Dagger Gordon and Duncan McGillivray in Tain in mid 1973 and they began playing music together: Duncan on whistle, guitar, harmonica and pipes, Christine on fiddle and harmonium and Dagger Gordon on mandolin, guitar and tenor banjo.

We met every week and played tunes in our house in Dunrobin St, Tain and friends used to drop by and listen and sometimes join in our music sessions. We didn’t play many gigs and just enjoyed making arrangements of tunes we enjoyed.

We made one recording of just the three of us with Jim Hunter who had a recording studio at Smithy Cottage, Dalvey Forres. Around 1976 we met Jimmy Philp who moved to Alness to work in the oil industry and he joined us from his band Chickie Mellie and we made a second album, this time including Jimmy on guitar and vocals.

At that time the Nigg fabrication yard was just developing. We started playing at the Kincraig House Hotel near Invergordon in unpaid sessions at first, then the owner Sammy Wilson proposed we practice in the bar on Thursday nights to pull in workers from all over the UK who were staying in ‘Shand’s Camp’ behind the hotel. Thursday was payday in those days! He then paid us £25 to run a kind of practice/hosted session each Thursday night and through that we met a variety of other musicians.

Regarding the tracks now being hosted on rareTunes, we made up a few cassette copies of each of these two albums to give to friends and family but never marketed them as it was so difficult and expensive in those days.

We played a few folk festivals although I’m not sure of where and when apart from Stornoway in 1977, Edinburgh Folk Festival and Inverness Folk Festival. We also played Highland Fabrictors’ events at Nigg, Wick Social Club, Lochinver Hotel, Aultnamain Inn, Carrbridge Hotel and various other places across the Highlands. We did weekly gigs for several summer seasons at The Ceilidh Place in Ullapool from 1977 onwards.

We believed were one of the first, if not the first, to introduce playing Highland pipes in traditional Scottish music although there must be other contenders.

After 1979 Jimmy stopped playing with us and Duncan and Christine joined the band Iolaire with Norman Stewart and Janice Clark for a brief spell. Duncan went on tour with them but returned to Easter Ross shortly after and joined Battlefield Band. They had previously heard Duncan play Highland pipes with our group and asked him to join them as their first piper sometime around 1978/9.

Dagger then went on to form Black Donald with Ian MacBeth on fiddle and singer guitarist Ian MacDonald. In 1980 Jimmy and Christine became part of a new band called Clanjammfrey along with, from Rosehall in Sutherland, Dave Goulder on guitar and songs and Charlie Menzies on fiddle along with Ewan Mann on bass, Lorraine Mann on vocals and guitar and Peter Taylor on concertina and vocals.

There were several more band combinations after this of which only some were recorded. 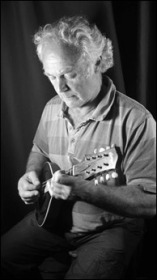 There is a feature on mandolinist Dagger Gordon here.

Gizzenbriggs tracks from a cassette album made c. 1974/5:

MacLean of Pennycross / Jig of Slurs

The Bonnie Lass of Bon Accord 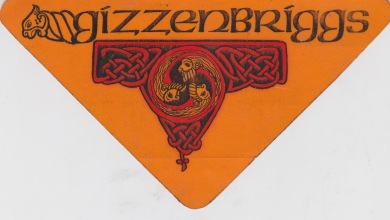 Gizzenbriggs tracks from a cassette album made c. 1977:

Speed the Plough / The Highlandman kissed his mother / Corn Riggs

The Braes of Locheil / Lexy Macaskill

Here’s a health to ane I loe dear

The Skyeman’s Jig / The Curlew

The Deil’s Awa wi the Exciseman